The lost treasures of Texas 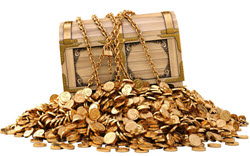 Texas is filled with people who dream about striking it rich. Some people dream about making it big by making clever investments while others hope to win the lottery, strike oil, become a rock star or find a long lost treasure. On this website, we are going to focus on the latter. On legendary treasures that are believed to be buried in Texas.

Texas is a state filled with buried treasures and sunken ships, and it is naturally also rife with stories, rumours and legends about these precious treasures and how they ended up lost – and for some of them – found again. Here are a few examples:

One of the oldest of the Texas treasure legends is the one about the Spanish silver cache. This story is based on a Spanish document from the conquistador era, telling us about a Spanish pack train of burros (donkeys) carrying 40 jack loads of silver. When pursued by hostile Comanches, the leaders of the pack train decided to bury the silver rather than give it up to the Comanches. The silver was placed in the ground in an area near what today is a suburb called Leander, just north of Austin. 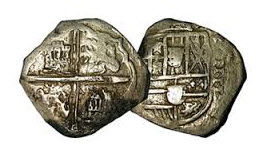 Plenty of treasure seekers have come to Leander looking for the silver, but as far as we know, the treasure has never been found. Treasure seeker W.E. Snavely of Taylor did however find something else while looking for the Spanish cache in 1925 – a ruby arrowhead weighing 15 karats and several other gemstones.

According to legend, part of the Mexican payroll was stolen by the paymaster, a general, and seven privates in 1836 and buried somewhere in Austin.

The thieves took the treasure – some say worth the equivalent of 3 million USD – to the area where Shoal Creek empties into the Colorado River. Once there, two of the privates murdered the rest of the group, and soon one of the remaining privates killed the other one. Now, there was just one man and his ill-gotten treasure left.

The private, or rather the outlaw, returned over the border into Mexico. He later tried to go back to Texas again but found it impossible. According to him, he had buried the treasure in Texas and that’s why he wanted to get back. He even drew a map of the site, showing the treasure buried five feet below ground, close to an oak tree with two eagle wings carved into it.

Other treasures believed to have been buried by outlaws include the Newton Gang treasure and Jean Laffite’s treasure.

Was 80,000 USD in gold coins hidden at Shoal Creek towards the end of the Civil War? And was this treasure later found by a group of mysterious men in 1927?

According to legend, approximately 80,000 USD in gold coins were in the hands of Confederate soldiers who feared that the Capitol would be overrun by approaching Union forces. To keep the gold from ending up with their enemies, they buried it next to Shoal Creek.

According to an article printed in The Rising Star Record in 1927, this treasure was then found by a group of men in April 1927. Over a period of eight months, a crew of eight men worked on a forty-foot tunnel on the bank of Shoal Creek. When first asked what they were doing, they claimed to be working on the foundation for a new bridge. Later, they changed the story and claimed to be working on the foundation of a fine house. To keep intruders away, they always kept a guard by the tunnel when not working on it.

The article in The Rising Star Record goes on to tell us how on the night of April 13, “a box was lifted from the square cut chamber between the rocks, for the next day the workmen were gone and the blasting has ceased. Curious throngs soon found the dark tunnel and with lights discovered traces of the large wooden box that had laid beneath the dirt for more than 60 years”.

Earn your own treasure 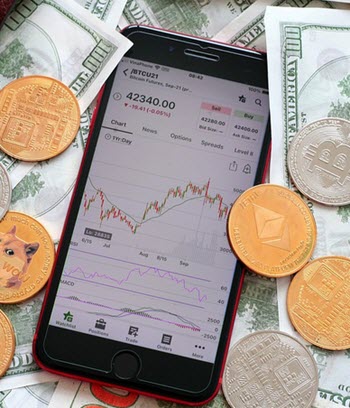 A lot of people dream about finding a treasure that will change their lives.  I am one of them.  But the truth is that it is a lot easier to earn your own treasure by investing and trading on the financial markets than it is to find a treasure.  If you truly want to get rich then you should start investing or start a business.  Treasure hunting provides you with adventure, and investing makes you rich.

The safest way to build your own treasure is to invest long term in high-quality stock.  This is a slow way to build a fortune but it has a very high chance of success.  If you want to try to build a small fortune in a short span of time then you need to try more high-risk trading strategies.  One example of a popular type of high-risk trading that makes it possible to earn a lot of money in a short amount of time is leveraged forex trading.   Leveraged forex trading is trading on the forex market.  It is trading where you buy and sell different currencies to earn a profit from the fluctuating exchange rates.  Leveraged forex trading is forex trading where you borrow money from the broker to take a larger position than you would otherwise be able to take.  Many forex brokers offer 30x leverage.  Some offer even larger leverage.  A 30x leverage means that you can buy 30k worth of a currency while only investing 1k of your own money.  This amplifies profits and losses.   Leveraged forex trading is potentially very profitable but it is also high-risk.  Many traders end up losing money.

It is usually a better option to slowly build a large by investing in high-quality stocks.

With this said, Lets get back to dreaming about different treasures.

The hidden treasures of Sam Bass

Sam Bass was a notorious train robber born in Indiana in 1851. Since his death, a lot of rumours have been circulating about treasures hidden by Bass in Texas – treasures that he never got a chance to retrieve again before he was mortally wounded by a .45 calibre Colt’s long-barreled six-shooter in July 1878.

One of these rumours tells us that Bass used the Longhorn Caverns outside Burnet in Hill Country as a treasure trove and hide-out. As far as we know, no treasure has been found here, but the cave system is 11 miles long and still not thoroughly explored. The main opening is called the Sam Bass entrance.

Sam Bass allegedly buried $60,000 in gold and silver coins in a creek bed near the community of Castell in Llano County, marking the spot with a rock in the fork of a tree. Castell is located in the heart of the Texas Hill country, its northern border formed by the Llano River.

Packsaddle Mountain is a landmark hill five miles southwest of Kingsland, Texas in eastern Llano County on State Highway 71. It derives its name from the saddle-like appearance of its twin peaks. 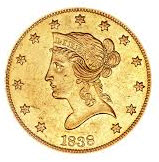 According to a persistent rumour, a Mexican labourer found canvas sacks marked the U.S. in a cave here while out cutting fence posts for a local rancher. The sacks were filled with gold and had been hidden there by Sam Bass. When the labourer didn’t return to the ranch, the rancher went out looking for him, finding nothing but a piece of canvas sack with the U.S. imprinted on it. What happened to the gold? Some stories claim that the Mexican brought it with him, others claim that he hid it – or at least a part of it – in another location on Packsaddle Mountain.

Bonus info: The Packsaddle Mountain has been suggested as a possible location for Las Almagres, Jim Bowie’s famous lost mine.

We know that Sam Bass spent time hiding in the community of Round Rock in 1878, right before the shootout with Texas Rangers that would claim his life. Bass was in Round Rock to plan a bank robbery, and many believe that he brought his treasures from previous robberies with him – hiding them somewhere in the area.

According to one story, Bass hid part of his loot in an old tree. This story began circulating several years after the robber’s death when maps leading to the alleged treasure appeared. According to these mysterious maps, the loot was hidden in a hollow tree about two miles west of Round Rock. (The road that runs here is nowadays named Sam Bass Road.) Treasure hunters using one of the maps did locate a tree similar to the one described on the map and cut it down, only to find that it contained no treasures whatsoever. The question remains – is the loot hidden in any of the other old trees or are the maps just a hoax? Or has the treasure already been found by someone who kept quiet about it?