Did the infamous privateer Jean Laffite steal a $2 million fortune in silver from a Spanish galleon and bury it in the Sabine River near the East Texas town Sabine? And if so – is the treasure still there? 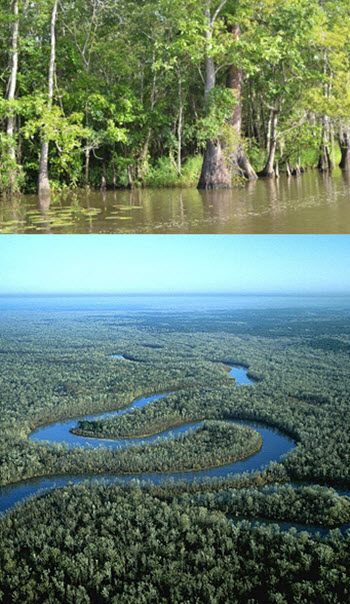 According to a story by Mary Roger of the Fort Worth Star – Telegram, the silver was indeed robbed from a galleon by Laffite and his mean in the early 19th century. Fearing an ambush by Native Americans, they then decided to hide the treasure by pushing it into the muddy waters of the Sabine River. All in all, several wagons loaded with silver ingots went into the river. Mary Roger also tells us about how some fishermen much later got an unusual catch in their hoop net when fishing in the Sabine River; entangled in their net were several silver bars. This catch rendered a lot of attention and by 1884, the Sabine River was riddled with silver hunters. A nearby lake fed by the Sabine River also caught their attention, since the silver might have been transported there by the current.

In the 1950s, the Sabine River and the nearby lake (Hendrick’s Lake) experienced a new onslaught of treasure seekers when the story of Laffite’s silver was published by the True West magazine. Now, more modern equipment was available, and one man used a metal detector and managed to get some interesting readings from the bottom of the lake. The tried to dynamite the bottom, but ended up with no silver for this efforts.

Two oilmen from Texas actually brought a giant crane to the lake after getting some interesting readings from the bottom of Hendrick’s Lake. They also had a raft built from which large pipes were sunk into the lake bottom, and used a metal detector to search the sediment. Despite this, no silver bars were found. When a giant storm hit the region, the raft was washed away and destroyed.

Who was Jean Laffite?

Jean Laffite was a French pirate and privateer born circa 1780. (In English documents, his last name was often spelled Lafitte, but Laffite was the spelling used by Jean and his brother Pierre.)

Little is known about his origins, but he was probably born either in Basque-France or in the French colony Saint-Domingue. At the age of 25, Jean Laffite was living in New Orleans, operating a warehouse essential to dispersing the goods smuggled by his brother Pierre.

When the Embargo Act of 1807 came into force, the Laffite brothers moved their business from New Orleans to an island in Barataria Bay, Louisiana. By 1810, their successful smuggling operation had been supplemented with piracy.

In the final battle of the War of 1812, Lafitte and his comrades helped General Andrew Jackson defend New Orleans against the British. During the Mexican War of Independence, the Laffites served as spies for the Spanish, after moving to Galveston Island, Texas. In Texas, the Laffites founded a pirate colony named Campeche.

Piracy, privateering and the navy

Laffite spent the rest of his life attacking merchant ships around Central American ports; sometimes as a pirate and sometimes as a privateer. He frequently returned to Galveston or the barrier islands near New Orleans to unload booty or take on supplies procured by Pierre. 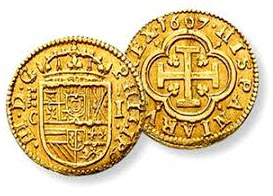 In the early 1820s, Great Colombia under the government of Simon Bolivar had begun commissioning former privateers as officers in their newly formed navy. Laffite approached them and was granted a commission and given command over a 43-ton schooner named General Santander. He was now legally authorized by Great Colombia to take Spanish ships.

On 4 February 1823, Laffite was onboard the General Santander off the town of Omoa in Honduras. Omoa was the site of the largest Spanish fort in Central America, a fort constructed to safeguard the Spanish silver shipments from the mines of Tegucigalpa in Honduras.

It was a cloudy evening with low visibility, and Laffite attempted to capture what appeared to be two Spanish merchant vessels. The ships turned out to be heavily armed privateers and they mounted a frontal counterattack that included heavy fire. Laffite was wounded in the battle and is believed to have died just after dawn. His body was buried at sea in the Gulf of Honduras. In Colombian newspapers, his death was lamented and his obituary described him as a brave naval officer.