This is a funny little slot filled with intricate features and attention-grabbing symbols. The story revolves around oil fields in Texas, USA. 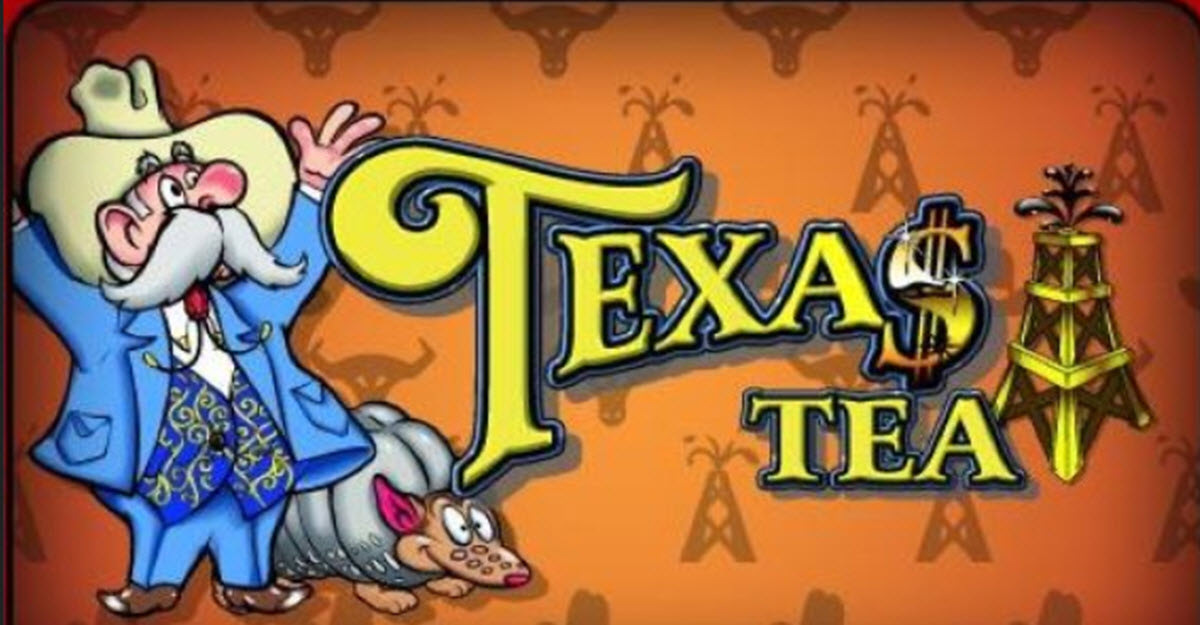 Where to play Texas tea

Texas tea can be found in casinos that features games from IGT. There are plenty of different online casinos to choose from that offer games from IGT.  My favourite casino that features IGT games is Casumo Casino.  Casumo casino offers a great selection of games. You can play more than 1000 slots in Casumo casino.  Casumo slots include slots from IGT, NetEnt, Microgaming. Yggdrasil, Thunderkick, Rabcat and many other developers.  they also feature a lot of regular table games and a very good live casino.  Casumo casino offers great bonuses, a great gaming experience and an innovative VIP program.    Casumo Casino is one of the best online casinos out there.

The slot has support for USD, EUR and GBP but it is up to the individual casino to decide if all currencies should be available or not.

The second-largest win is 1 000 credits.

You need five Texas Tea symbols to line up correctly in a row on an active payline to get the 10 000 credit jackpot.

The symbols come from the oil field and the surrounding Texas environment. Examples of symbols that can appear on the reels are: 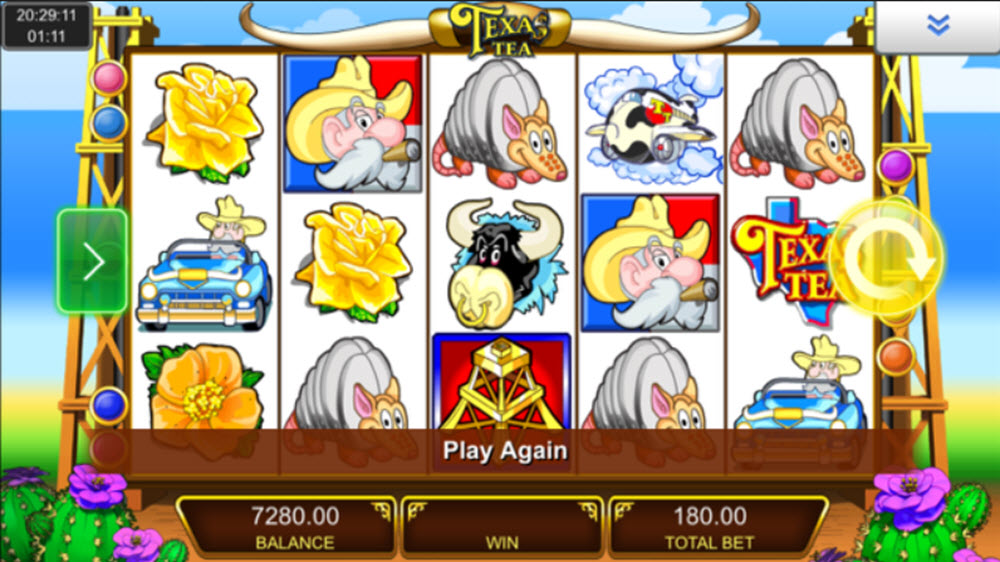 You need a minimum of four oil tower symbols on an active payline to trigger this bonus feature.

The reels will disappear and you will see a set a map of Texas and the various regions. You get to select regions to put oil towers in them. How many, depends on the number of towers that triggered the bonus feature.

When you have selected your regions, the bonus credits will show up in the form of oil that comes pouring out of the map. There is even a fun sound effect. How much oil you get from the various regions vary. Your credits are collected and added up to make a total win.

You need a minimum of four Texas Red symbols to trigger this bonus feature.

The rich oil-guy Texas Ted will write a check and this number will be multiplied by your bet.

If you like Texas Tea, we suggest you also give the slot Texas Tina a try. It is similar to Texas Tea in many ways, but with a whirlwind of a free spins feature. Also, the reels spin from side to side instead of horizontally.

About the Texas oil boom

The Texas Tea slot has been inspired by the Texas oil boom, also known as the gusher age. This was a period of the early 20th century when oil extraction in Texas helped fuel dramatic economic growth and socio-economic changes. At the turn of the century, Texas was a predominantly rural state dominated by agriculture. Towns existed, but no large cities. By the end of World War II, Texas had become heavily industrialized and the city of Houston has had the largest concentration of refineries and petrochemical plants in the world.

The gusher age was kick-started by the discovery of a very large oil finding at Spindletop near Beaumont in Texas in 1901. Oil had been encountered underground in Texas before this, but only in comparatively small amounts.

The finding at Spindletop prompted widespread investigations and Texas soon became one of the leading oil-producing states (alongside California and Oklahoma). As more and more oil was found in Texas, the United States eventually surpassed the Russian Empire and became the world´s main extractor of petroleum.

The early stage of the Texas oil boom was focused on Southeast Texas, but before long, reserves were encountered across the state and oil wells began to spring up in East Texas, North Texas and West Texas (in the Permian Basin).